Welcome to the official website for the
Texas Senate
Senator Angela Paxton: District 8
»  Sign up here for Senator Paxton's E-Newsletter 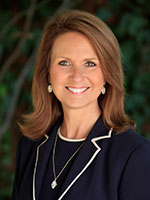 Angela Paxton was elected to the Texas Senate in November of 2018 and represents fast-growing Senate District 8 in Collin and Dallas counties, a district that is home to professional sports headquarters, dozens of Fortune 1000 companies, countless entrepreneurs and small businesses, and top-rated public schools. A secondary math teacher and school counselor for more than 20 years, she is the first educator elected to the Texas Senate in over two decades. Senator Paxton describes her job in three words: Listen. Learn. Lead.

Senator Paxton is an adopted child and the first person in her family to graduate from college. She earned an undergraduate degree in Mathematical Science from Baylor University and a Master of Science in Education from the University of Houston-Clear Lake.

Senator Paxton leverages her expertise as an educator, interest in technology, experience as a small business owner, and deep roots in Collin County and North Dallas to advocate for her constituents and lead on policy that elevates educational and economic opportunity and human dignity.

Senator Paxton currently serves as Vice-Chair of the Nominations Committee and sits on the Senate committees for Business & Commerce, Education, Higher Education, and Local Government. She was also appointed to the Texas Sunset Commission and Senate Redistricting Committee by Lt. Governor Dan Patrick.

Senator Paxton and her husband, Texas Attorney General Ken Paxton, met as students at Baylor University and have been married since 1986. They have four grown children and one grandson, and are members of Prestonwood Baptist Church in Plano.